Read more...
Check your bus time tables online. See where's your bus on the map.
(Install application for your smartphone)

You can buy tickets for suburbs and intercity buses HERE 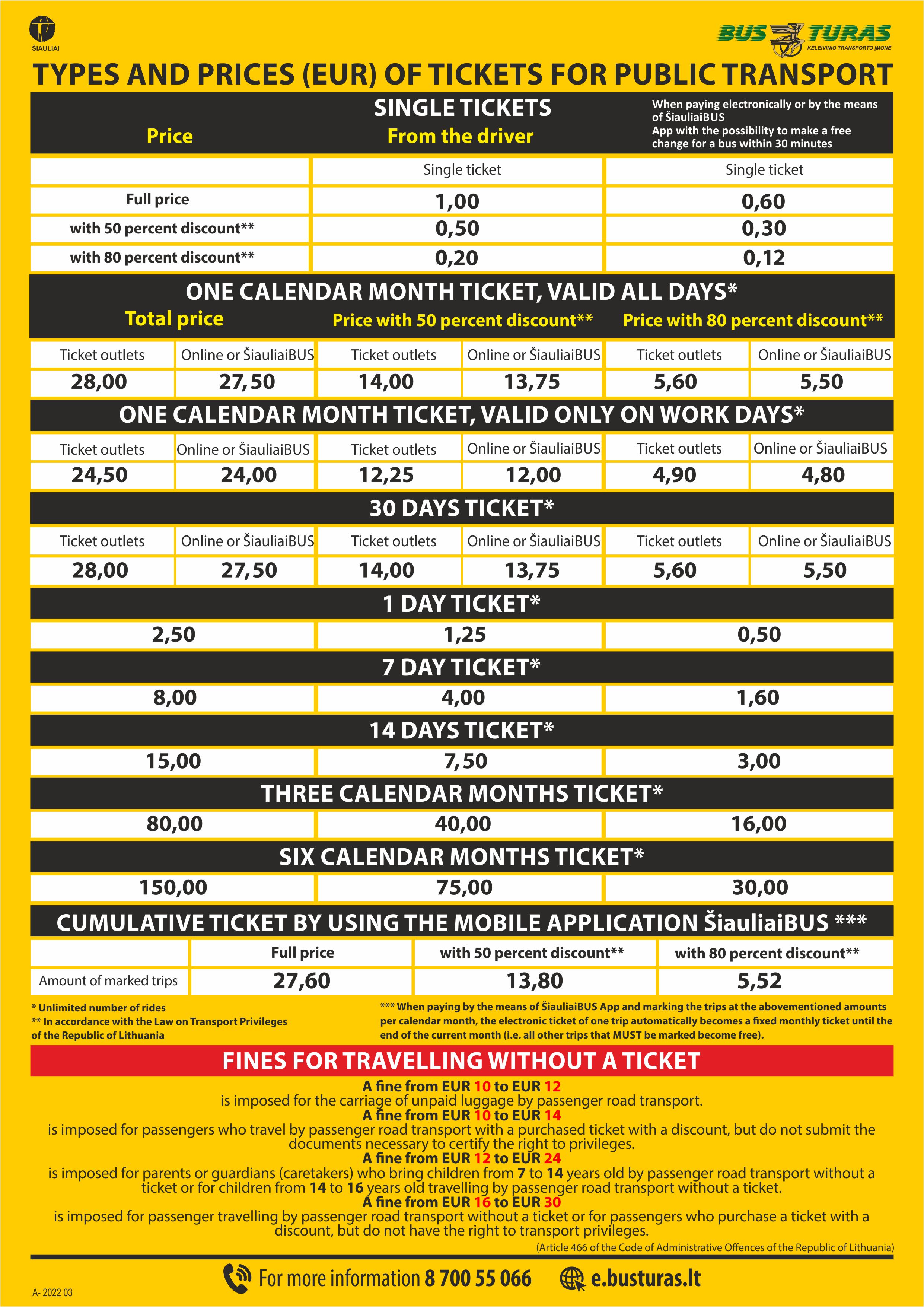 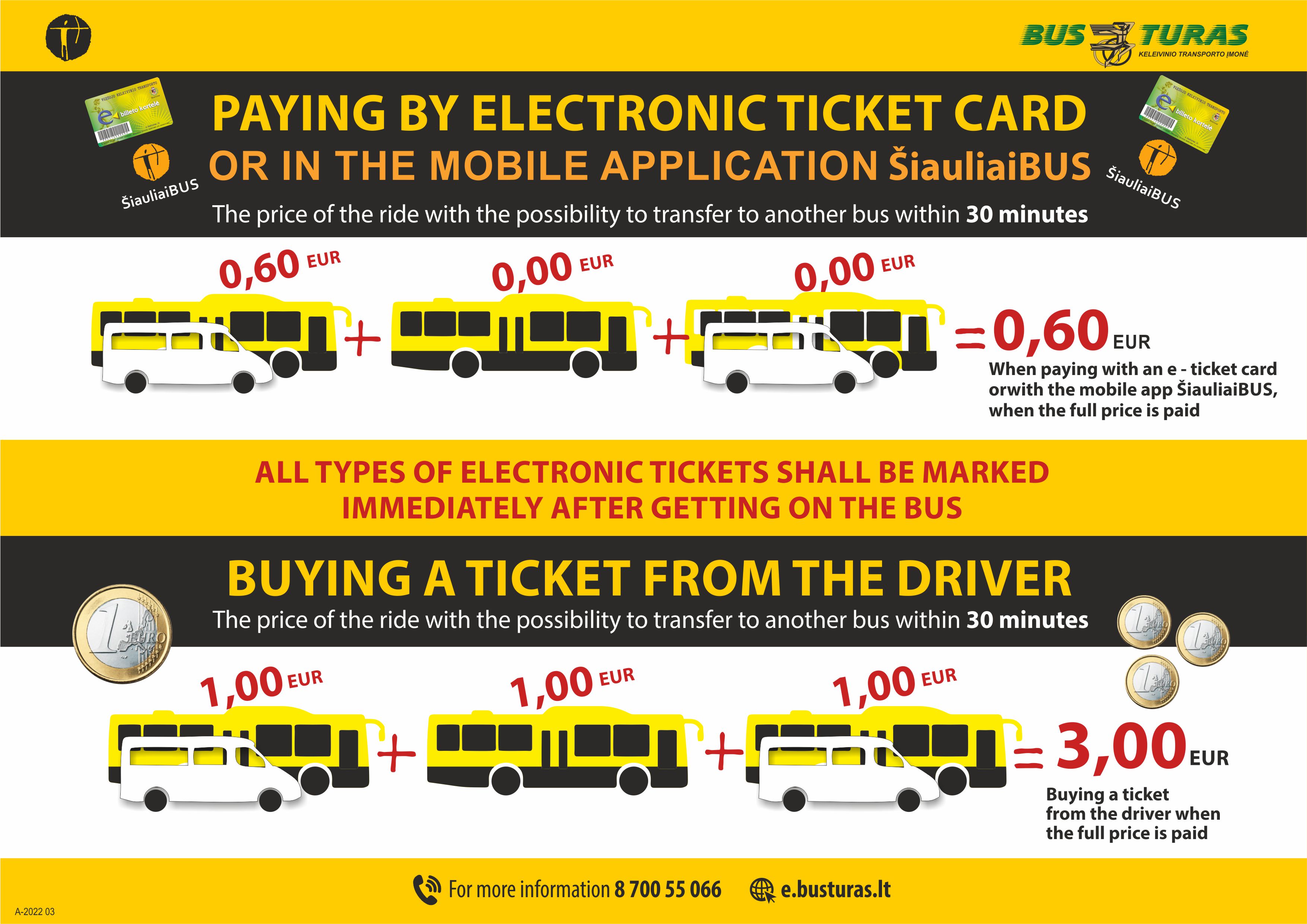 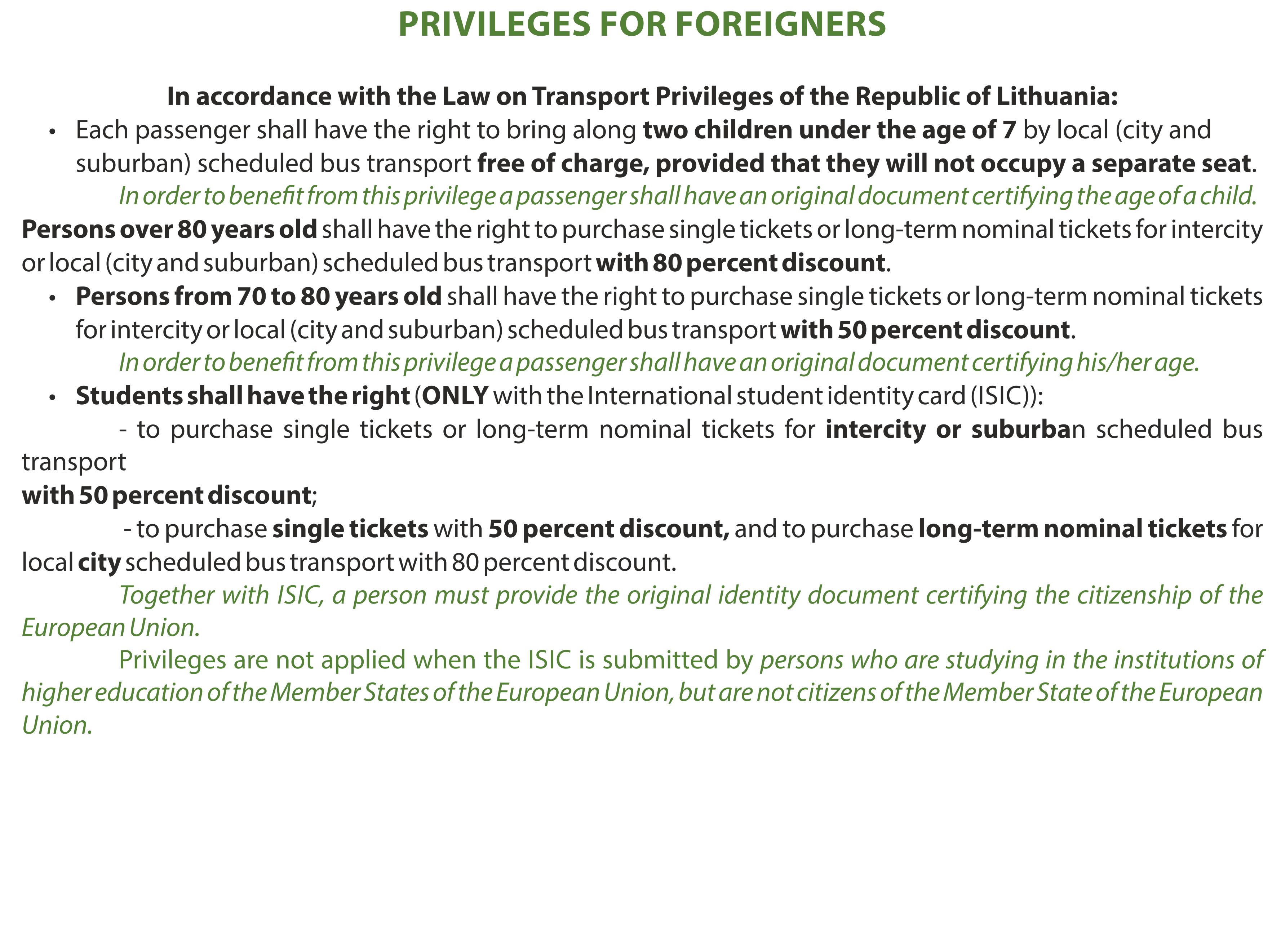 The first passenger transport company in Siauliai was founded in 1940. This company had 29 buses. In 1955 November 1 it was reorganized into the " Bus and Taxi Company”. Since 1940 to 1995 Company‘s name was changed several times.

Read more...
Busturas operates in the City of Siauliai. Siauliai is located in Northern part of Lithuania. The whole area of the city - 81,13 sq. km. Number of inhabitants in the City - 101 214 (in 2017) people. The passenger transport company counts its years from 1955.

“Busturas” is one of the Siauliai City Municipal companies. Company is the only one public bus services provider in the city serving inhabitants of Siauliai at this moment. The main activity of the company is to carry passengers by established routes of local (urban and suburban), long distance and charter trips.

The company Busturas operates in accordance with the transport regulations and directives of the European Union, the Road Transport Code of the Republic of Lithuania, the Law on Transport Privileges of the Republic of Lithuania and the legal acts related to these laws, the contracts concluded with the Municipality of Šiauliai City, the Municipality of Šiauliai District and the State Road Transport Inspectorate under the Ministry of Transport and Communications and taking into account the needs of passengers and tourists.
Currently, the company operates in the territory of 59 thousand. sq. meters. The Company manages Siauliai Bus Station. Station is located in the city centre. The bus station may be easily reached by public bus.

Company’s buses covered 8,49 million km through 2017 (5269,41 thousand km in the City). Busturas carries 13,485 million passengers per year . Total number of regular fixed routes - 59 (in the City - 42). Company serves domestic passengers from 5.00 a. m. to 11.00 p. m. The average length of routes:
Other services of the Company:
Busturas provides technical assistance on the road for other cars, buses; rents buses for special Occasions, Events, Excursions; rents advertising spaces in the buses, on the buses and other places; sells tickets for domestic and international bus routes of other companies; carries parcels with buses (quick and safe parcel delivery services); leases conference room, office spaces in the Bus station.
Currently, the company is involved in the following projects:
Read more...